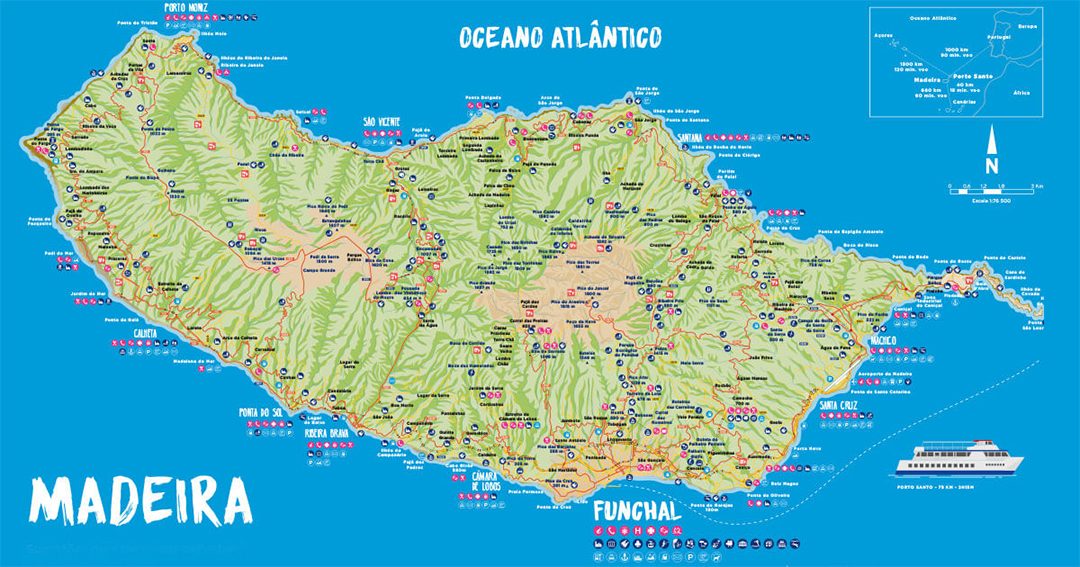 Madeira Islands, is an autonomous Portuguese archipelago situated in the north Atlantic Ocean, southwest of Portugal 520km from the African coast and 1000km from the European Continent. It is part of the European Union ultraperifric area.

Madeira Island is an archipelago of volcanic origin in the North Atlantic Ocean, It comprises two inhabited islands, Madeira and Porto Santo, and two uninhabited groups, the “Desertas” and the “Selvagens”.

The islands are the peaks of mountains that have their bases on an abyssal ocean floor.

Administratively, they form the autonomous region of Madeira. The regional capital, Funchal, is located on the main island’s south coast. Its total population was estimated in 2011 at 267 785. Over a two million tourists around the world come to Madeira island for the benefit of a favorable weather throughout the year, they are nicknamed Islands of Eternal Spring.

A great and fun way to tour the island is to take a guided sidecar tour. Either alone or with someone else, our experienced guides will show you the best of the region and amazing sightseeings. Learn more about our most popular tour here!