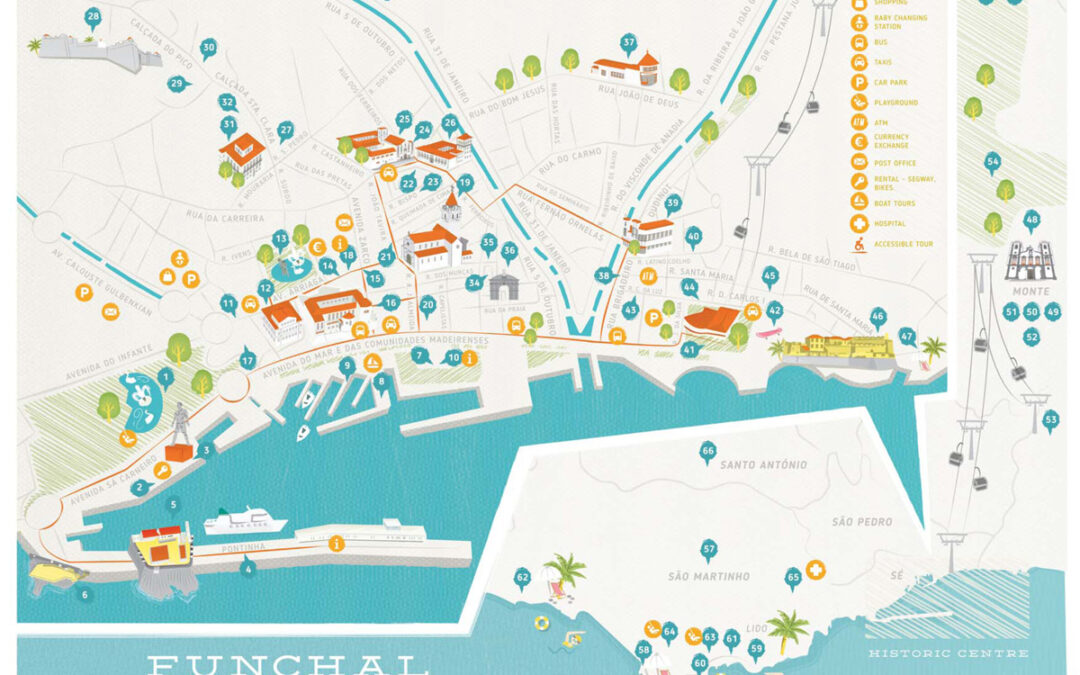 Funchal the capital of the Madeira archipelago in Portugal and you can download the  map.  It has hills as a backdrop and is known for its port, gardens and Madeira wine cellars. The century-old Cathedral of Funchal, with a mixture of Gothic and Romanesque styles, is notable for its carved wooden ceiling. In front of the port is the São Tiago Fortress, built in the 17th century. Now it houses the Museum of Contemporary Art, with a vast collection of Portuguese works.

Funchal is the capital of Madeira and the most populous out of the Portuguese mainland. The city encompasses an area of 76.15 km² and has 111,892 inhabitants (2011), subdivided into 10 parishes.

The view of Funchal is magnificent, with its crooked streets that go down the mountain side, and in front of the blue sea. This breath-taking landscape has captivated visitors from around the world. The city gained its name from the impressive amount of fennel (funcho in the Portuguese language) growing in this valley, and that led João Goncalves Zarco, who arrived here in 1420, to award it the name Funchal.

The climate is subtropical, with mild temperatures throughout the year. However, the landscape resembles that of a Mediterranean country than the tropics. Seen from afar, Funchal is also a sea of colourful vegetation, dominated by shades of pink bougainvillea, purple jacaranda trees and the spectacular trees with shades of red that line the roads.

You can see and download the Funchal City Map!